...build their Shopify store on a solid foundation.

Disclaimer: This article was written in the month of loooove, which is the motivation behind the theme herein. We are not marriage counselors nor do we provide professional dating services. We are Shopify Experts and only our advice on things ecommercey in nature should be taken seriously.

All healthy relationships that stand the test of time share one thing in common, they are built on a solid foundation. Sure, it’s a jungle out there and one has to flap their colorful wings, beat their chests, shake a tail feather, or create a tinder profile to get noticed. It works, but if you’re looking for more than a one night stand, you better have more than a little junk in your trunk…

The same goes for building an online store

Slap as much makeup on it as you like, if you want to build a lasting relationship between your online store and online shoppers, you’re going to have to throw in some pillow talk, build trust, and make sure getting to know you isn’t like navigating the Congo blindfolded on rollerblades (Or whatever you’re in to)…

“Being mysterious might be cool on Tinder, but not when you want people to spend money in your store, and certainly not if you want them to visit again.”
—Some guy who never used Tinder

Stand the test of time

ShopCreatify has created something called ShopFoundation for merchants who see value in building a Shopify store on a solid foundation. The problem with starting how you want to finish is it can cost a bit… it can cost a lot actually. Well, ShopFoundation is all about showing first-timers some love; it’s about building powerhouse stores from the ground up that will stand the test of time, affordably.

It’s not a dating app… but at least your foundations will get laid. It has taken years of building successful Shopify stores, and partnering with all the right people, to get to the point where a store build this robust, future proof, and scalable can be made so accessible.

ShopCreatify understands you want to ‘put yourself on the market’ as quick as possible, so the turn around systems that have been put in place on this are unbeatable.

This is for people who aren’t looking to ‘play games.’ ShopCreatify will set you up with 3 months of best-of-breed ecommerce tooling costs covered, plus 6 months support.

All the components that ShopCreatify considers integral foundational elements in an ecommerce store, are included in this bundle, from day one, at a predictable and affordable price point.

“All the successful stores we encounter (Big or small) share one thing in common, and that’s a solid foundation. We created this offering to give smaller merchants a chance at realizing bigger dreams.”
—Ross Allchorn, ShopCreatify's Founder

If you are on the brink of saying “I do” you can get more detail on the ShopFoundation offering here. 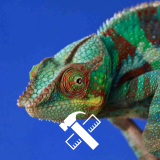 Hi, I’m Daniel. I was just a Creative Copywriter until ShopCreatify handed me the green pill and I entered the Shopify Matrix. ShopCreatify is basically my Morpheus. Let's see how deep the rabbit hole goes...