Some of our best work and by far the majority of our work as Shopify experts has been done using themes developed by one particular theme house.

It's pretty obvious if you look around our site, but that theme house is Out of the Sandbox. Not only do their themes stand head and shoulders above the rest in pretty much every way, they're also really (really) popular among Shopify merchants... for some very legit reasons.

Why Out of the Sandbox Themes?

Those primary factors aside, there are also other reasons that lead up to them being in the position they are where their offerings are superior and ultimately why we're choosing to specialize in them.

Out of the Sandbox are industry veterans with a pedigree in Shopify Theming spanning back to 2011. It's not only their longevity on the platform that matters though, but perhaps more their considerable success and the maturity of their products acquired in that time.

They have earned the right to brag about having developed some of the most popular premium themes on a platform with close to 400,000 merchants at the time of this writing. A feat that undoubtedly came with countless complicated technical and creative considerations and more support tickets than most mortal beings would be able to handle in a lifetime.

Having taken that feedback, refined their themes based on real world merchant successes & failures, frustrations & moments of jubilation, they're now honed selling tools that expertly leverage the Shopify platform for optimal ecommerce performance.

Since partnering with Out of the Sandbox in 2015, it's been quite apparent that a majority of store owners inquiring about our services had either already chosen one of the Out of the Sandbox themes, or it was on their shortlist. In the instances where the store owner went with another theme for whatever reason, it almost always ended up being a sub-optimal experience for both the merchant and us.

Based on this fact alone, it would likely be a wise decision to only do store builds on their themes, but it actually goes deeper than that.

Given the past couple of years of exposure to many Shopify themes, including a few bespoke themes that we created, it's a lot clearer now what makes a theme OK, what makes it good, and what makes it great.

We actually made a business call very early on in ShopCreatify to strictly not take any store build project with a theme that was not acquired through the official Shopify theme store. The risk is just too great that the quality of the theme and support thereof would be lacking. In ecommerce, your store is your business' lifeblood and saving a few dollars for a free / non-official theme is not worth the risk. Witnessing issues that others had (and still have) concreted this as a very wise decision and we still strongly advise store owners and other experts against doing this.

Are there other good themes out there? Yes, I'm sure there are but in our experience, even the other big sellers don't offer nearly as much as what the Out of the Sandbox themes offer. This invariably ends up in a frustrated store owner and the developer being forced to fit square pegs into round holes for them. It's not a situation either party wants to be in.

Given the number of stores we've setup using Parallax, Retina, Mobilia, Responsive and more recently Turbo, it's safe to say that we know our way around the themes by now. The components and elements that can go on the product page template, the collection page, home page, contact page, the abilities and limitations of each template and piece of functionality, the work-arounds and enhancements that we've already done and don't need to "figure out" are all quite clear to us now.

Due to this "focused experience" on this fine selection of extremely versatile themes, we're confident that a store build using one of them can be done far more rapidly and effectively than we could with an unfamiliar and potentially inferior one. Most -if not all- trial and error (depending on use case) has already taken place in our many real-world client store builds... who are currently transaction millions of dollars through their ecommerce storefronts.

"ShopCreatify is our preferred partner when it comes to setting up a shop with our Shopify themes. They know our themes better than anyone and are an absolute pleasure to work with."
Brad Miller — Founder of Out of the Sandbox

Full disclosure: Yes, those links to Out of the Sandbox are all referrer links since we're partners of theirs. It has no bearing on cost to the store owner, but it allows them to track any sales we send to them. If you click through and buy, it does moderately benefit us, but we'd far prefer to help you build your store so take a look at our solutions page if that is something you need. 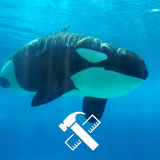 Hi, I'm Ross, an entrepreneur and a specialist in e-commerce. I founded ShopCreatify in 2015 and loving every second of working with our great ecommerce merchant clients.